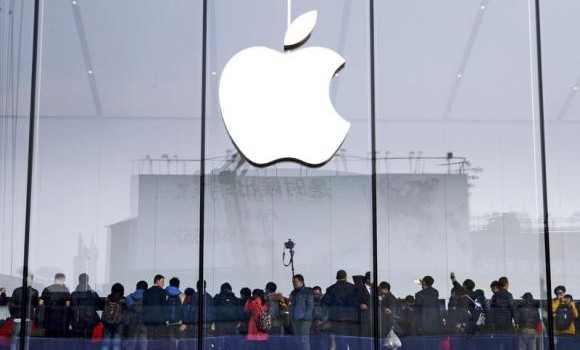 (Reuters) – Apple Inc has taken the number one luxury gifting spot in China from designer goods maker Hermes International SCA, according to a Hurun luxury report on Thursday, reflecting the iPhone maker’s recent hot streak in the country.

The U.S. tech firm’s focus on glitzy stores and high prices helped it post a 70 percent rise in sales in China in the last three months of 2014 and powered the company to the largest profit in corporate history.

Spending on gift-giving overall dropped 5 percent in 2014, after a 25 percent drop the year before, according to the Hurun Chinese Luxury Consumer Survey. Beijing has been cracking down on corruption and luxury spending among public officials, weighing down sales of premium liquor to handbags.

“Travel retail continues to change the dynamics of luxury in China, with 7 out of 10 luxury goods bought by Chinese now being bought overseas,” said Hurun Report Chairman Rupert Hoogewerf.

Hermes dropped to seventh from the top spot last year, while Chinese premium liquor maker Kweichow Moutai Co Ltd re-entered the top 10 after a two year hiatus, a potentially positive sign after sales were hit by the anti-luxury campaign.

The report, which has been carried out for over a decade, was based upon a survey of close to 400 millionaires with a personal wealth of 10 million yuan (1 million pounds).