Students at MIT have developed a bracelet, called Wristify, that can change human body temperature. The device is claimed to be help the environment and bank balances all at once by cutting down on air conditioning and heating costs. 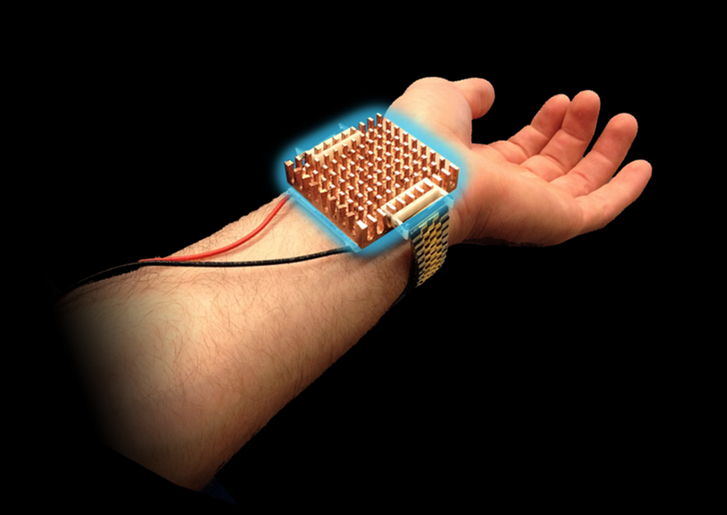 Increasing a large building’s temperature by just 1C can consume around 100 kWh a month which isn’t cheap or good for the environment. The Wristify bracelet is able easily  to alter an individual’s temperature by several degrees.

The Wristify bracelet is still in a prototype stage which works using a copper-alloy-based heat sink on the wrist. It automatically measures your body temperature and makes adjustments to maintain the level that’s been set. Even the prototype model is able to work for eight hours, thanks to a lithium polymer battery.

“Buildings right now use an incredible amount of energy just in space heating and cooling. In fact, all together this makes up 16.5 per cent of all US primary energy consumption. We wanted to reduce that number, while maintaining individual thermal comfort,” says Sam Shames, who co-invented the Wristify with Mike Gibson, David Cohen-Tanugi, and Matt Smith. “We found the best way to do it was local heating and cooling of parts of the body.”

The team came in first place in the MIT Making and Designing Materials Engineering Competition and were rewarded $10,000 which they plan to reinvest in the Wristify project.