The person with the certified largest video game collection in the world is putting it all up for sale. 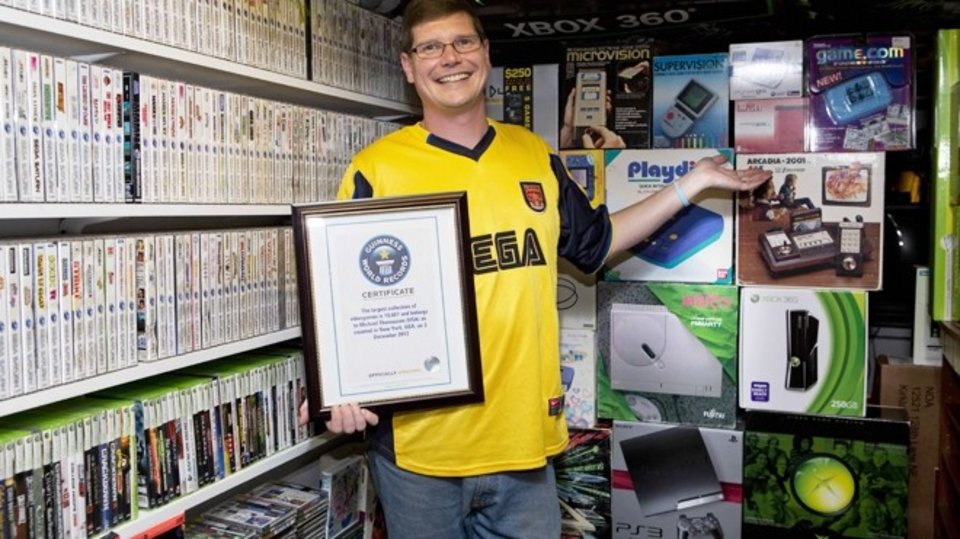 Michael Thomasson’s collection was declared by Guinness World Records to be the largest in the world when judges showed up to count it in December. The official number was 10,607, but he has added games since that have pushed it over 11,000.

In a statement on the listing, Thomasson, of Buffalo, N.Y., vowed that he was not giving up video gaming. He teaches college courses on video gaming, among many other activities associated with the industry. “I simply have an immediate family and extended family that have needs that need to be addressed,” he said. “While I do not wish to part with these games, I have responsibilities that I have made to others and this action is how I will help meet them.”

Thomasson operated seven gaming stores during the 1990s and has worked for another chain for the past 10 years. He says more than 2,600 of the games in the collection are factory shrink-wrapped, and more than 8,300 are complete with box and manual.

Thomasson notes that he had sold his collection twice in the past and still rebuilt it to its world record size, “and it is entirely possible that I may again.”