The BlackBerry Vienna Goes Back To Basics 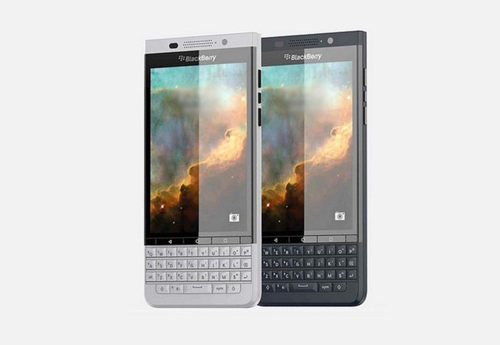 The BlackBerry Vienna Goes Back To Basics

If you are not too pleased with the Priv and would like to see BlackBerry go back to their roots, at least design wise, their next device release may just be the thing you are looking for. Known as the the BlackBerry Vienna, this is going to be the company’s second Android device.

Judging from the images, the BlackBerry Vienna will feature a proper, always visible QWERTY keyboard, a long rectangular screen coupled with three physical Android buttons beneath it. Furthermore, the bezels around the screen look fairly large, and with the absence of the BlackBerry Priv’s dual edge display, we could be looking at perhaps a more budget-friendly offering. Upon closer inspection, you will find a front and rear camera combo that is hard to miss.

As far as design go, it is somewhat reminiscent to the BlackBerry Passport, with instead, a longer screen. In the event that this turns out to be the rumoured Android-powered Passport, it is safe to say that the BlackBerry Priv did better than anticipated, since BlackBerry said they would release a ‘Passport 2′ if sales were decent. For better or for worse, an appearance of another Android device this quick suggest that company may have ditched BlackBerry 10 entirely. Or at least for the time being.

Assuming that the Priv did perform well, would the arrival of the Vienna mean that BlackBerry may be able to reclaim some of that market share which it used to enjoy so much?