Sony shows off the pictures of Xperia Z and ZL

Sony shows off the pictures of Xperia Z and ZL

Sony (SNE) tried to get out ahead of rival smartphone manufacturers in 2013 by showing off pictures of its two new smartphones on its website. These upcoming 1080 5-inchers are known as the Xperia Z and ZL, formerly known as Yuga and Odin respectively. 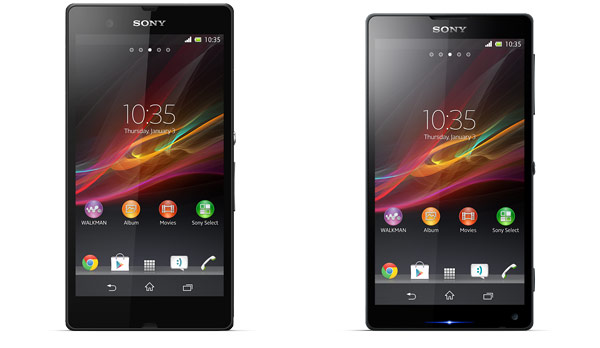 Both devices are rumored to feature 5-inch 1080p LCDs, quad-core 1.5GHz Snapdragon S4 Pro processors with 2 GB of RAM and Adreno 320 graphics, as well as having IP57 qualification for dust and water resistance. They are said to come along with a 13-megapixel Exmor RS sensor on the rear — oddly, the ZL’s front-facing camera appears to be positioned on the bottom

The official specifications of either device has yet to be confirmed, but the CES 2013 is just around the corner and will likely bring answers with it. Sony’s press conference is scheduled for the evening of Monday, January 7th.