Samsung has officially revealed its Samsung Ativ S Windows Phone 8 to the world since August last year. After so many months, the phone is finally officially released in Malaysia and it is set at the price of RM1699. 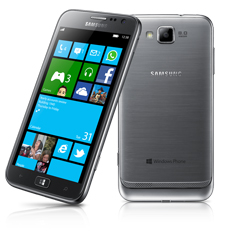 The device boasts a 4.8-inch Super AMOLED display with 1280 x 720 graphics resolution and 306 ppi. It comes with a Qualcomm Snapdragon S4 Plus MSM8960 chipset which features a 1.5GHz dual-core Krait CPU and Adreno 225 GPU as well as 1GB of RAM, 16GB internal storage. It also features an 8-megapixels rear camera, 1.2-megapixels front-facing camera and 2300mAh battery.[more…]

The Ativ S is preloaded with the latest versions of MS Word, PPT, Excel and OneNote to create the best presentations, edit documents anytime, upload to SkyDrive to save, store or share. OneNote culls all your notes, photos, web clips, audio and video in one place for auto-save and easy sharing among OneNote users.