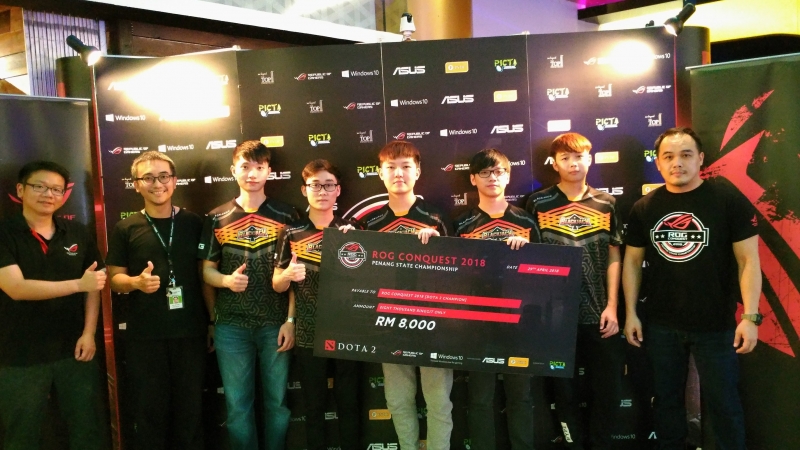 “Malaysia eSports players has been at the forefront of major international competitions, focused state championship will be the necessary programs to accommodate the growing talent pools in each state” said Leo Tseng, Country Manager of ASUS Malaysia. “Republic of Gamers has been dedicated to building hardware that helps gamers play their best, and we are proud to be part local aspiring gamer’s journey and to support the growth of the local eSports community.” he added.

“With budget allocation of RM1 million from Penang state Government, PYDC as the executor will be providing the opportunity and platform to promote eSports as one of the youth initiative. eSports are viewed as an opportunity for our youth to be more actively involving in science and technology sector; while encouraging them to think scientifically and act physically,” said Teng Kok Liang, CEO of PYDC.

The ROG Conquest tournament stage will be featuring the latest ROG Strix GL503 SCAR Edition, the all-new gaming laptop is made for those on the go, with a 15.6-inch display, as-thin-as 2.3cm profile and a frame that’s as lightweight as 2.3kg. Engineered with the newest up to Intel® Core™ i7 processor and NVIDIA® GeForce® GTX 1060 graphics, Strix GL503 SCAR Edition pushes the boundaries to deliver performance levels and style usually found only in higher-end laptops.

A resounding eSports victory in Penang!

With its ambitious structure of online qualifiers followed by Grand Finals, ROG Conquest 2018 marked a momentous milestone in eSports history. The Grand Final of ROG Conquest 2018 attracted more than 500 gaming fans to The Top Komtar, Penang – where they witnessed Team BLACKJACK victory from the jaws of defeat in an amazing Dota 2 2-0 win streak.