Microsoft Malaysia officially launched the Surface 2 tablet in a launch event held at GSC Signature Cinemas, The Gardens, Mid Valley City. It was held in conjunction with the movie premiere of Need for Speed. 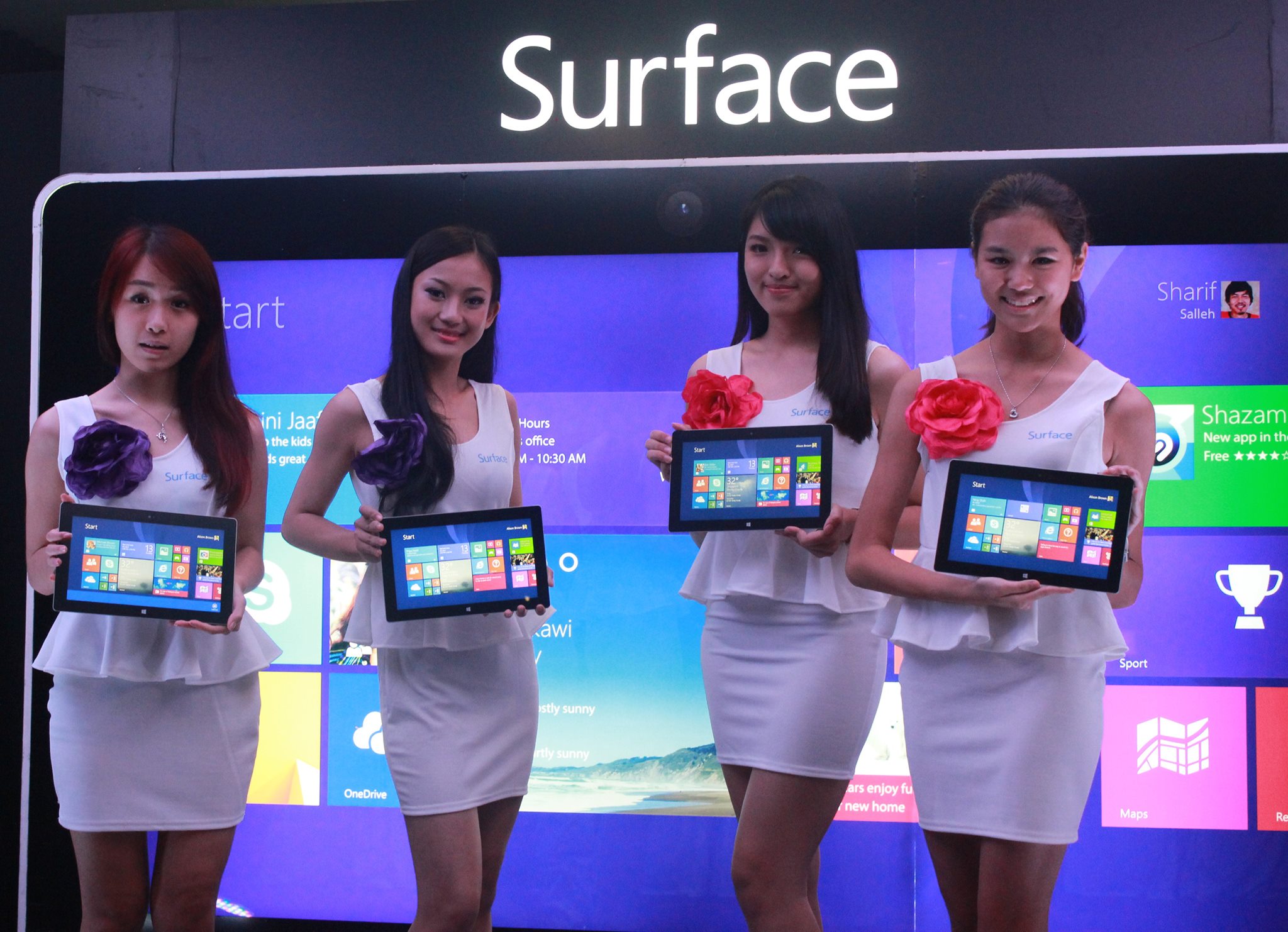 [more…] The Surface 2 features a new dual-angle kickstand, much improved battery life with up to 10 hours of video playback and is now powered by an NVIDIA Tegra 4 processor. The 10.6-inch ClearType Full HD display is great for movies and games. The tablet also features a USB 3.0 port for super fast file transfers.

The Surface 2 comes with a 5MP rear camera and 3.5MP front camera, both capable of 1080p video and improved low-light performance.

The Surface 2 runs the latest Windows RT 8.1, and comes pre-loaded with Microsoft Office Home and Student 2013 RT and Outlook 2013 RT.

The Surface 2 will start shipping in Malaysia on Friday, March 14th, 2014 for RM1,399 for its 32GB storage option and RM1,699 for its 64GB version. These prices are not inclusive of the keyboard accessories.