LG Display has announced it is to start mass-production of what it calls the “world’s first flexible OLED [organic light-emitting diode] panel for smartphones”.  The news comes weeks after Samsung made a similar announcement. The South Korean firm said it hoped to start selling the first handsets to feature the tech next year while Samsung said it intended to launch its first product – a special edition of the Galaxy Note 3 – later this month. 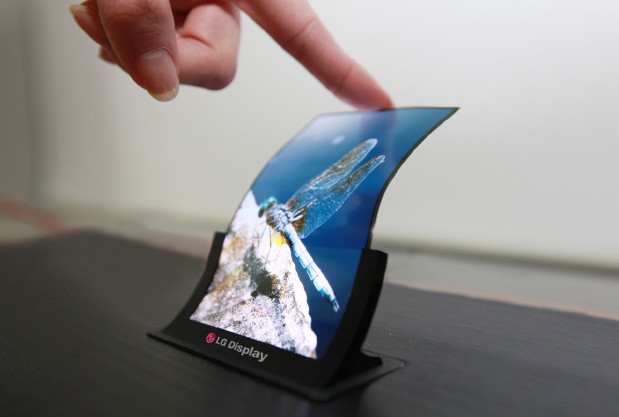 LG Display’s flexible OLED panel is built on plastic substrates instead of glass. By applying film-type encapsulation technology and attaching the protection film to the back of the panel, LG Display made the panel bendable and unbreakable. The new display is vertically concave from top to bottom with a radius of 700mm. And only 0.44mm thin, LG Display’s flexible OLED panel features only 0.44mm thin and weighs a mere 7.2g even with a 6-inch screen.

According to research firm IHS Display Bank, the global flexible display industry will see dramatic growth and become a USD 1.5 billion market by 2016, exceeding USD 10 billion by 2019. LG Display plans to advance flexible display technologies and bring innovation to consumers’ daily lives with the introduction of rollable and foldable displays in various sizes.