LG Electronics recently released a new ultrabook in the Korean market – the  15.6” Ultrabook U560. It comes up slim and light profile like any other ultrabook as well as all features that a conventional laptop should come up with. 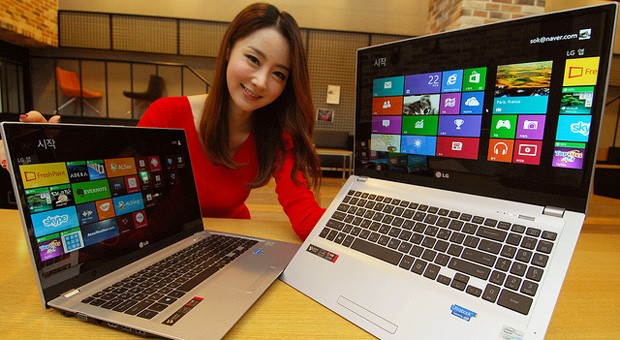 LG U560 Ultrabook is quite stylish and sleek with a thickness of just 20.9mm and weighs 1.95 kg even though with such profile. It sports a 15.6″ screen and an IPS display. The device also features the Intel Third generation core i5 processor and GPU from NVIDIA, so high performance graphics are expected.

This new Ultrabook have dual storage options as it comes along with conventional HDD ( Hard Disk Drive) as well as SSD ( Solid State Drive), SSD also ensure fast boot up times. LG squeezes-in an Optical Disk Drive on the Ultrabook, giving you all the features of a traditional laptop. The U560 sports all the standard laptop ports like three USB ports, HDMI port, wired LAN port, etc

Initially LG U560 Ultrabook will ship only in Korea, its international availability and pricing is still unclear yet.