The Mobile World Congress (MWC) will be kicking off next week and much mobile devices are expected to make their debut during the show. While some companies tend to keep their new product secret before the official launch, LG has unveiled its Smartphone LG G2 Mini, the compact version of its flagship Smartphone LG G2 ahead of the launch. 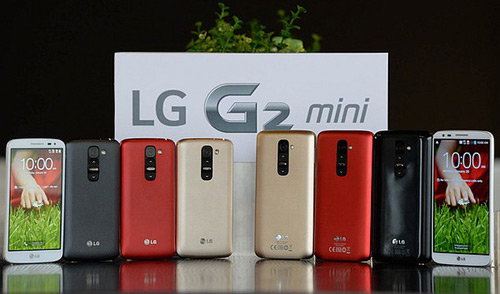 The G2 Mini will come with a 4.7-inch screen with a resolution of  960×540 pixels and run on the latest Android 4.4 KitKat OS. The device will come in several variations like single SIM or Dual SIM and either 3G or 4G LTE. The device will be powered by Qualcomm’s 1.2GHz quad-core Snapdragon 600 processor coupled with 1GB of RAM.

The G2 Mini with 3 G Dual SIM will debut in march says a report.Other features in the device will include 8-megapixel rear camera (with flash support), 1.3-megapixel front facing camera and 8GB of onboard storage with an option for its expandability via MicroSD card, however there is no word on the battery.

The LG G2 Mini reportedly to hit the Russian market in March followed by the Middle East, Latin America and Asia, and finally Europe.There’s no word from LG on pricing and also the detailed spec yet, let’s wait for the official announcement during the upcoming MWC.