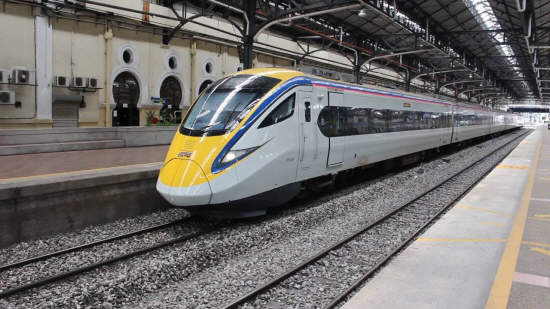 KUALA LUMPUR, Jan 13 — Riders on the Electric Train Service (ETS) will have the option of business class seats in September, when rail operator Keretapi Tanah Melayu Berhad (KTMB) hopes to launch the service.

KTMB chief executive Mohd Rani Hisham Samsudin said the first of nine such coaches is expected to arrive then, with the remainder to come over a period of six months.

“These new coaches would be different from the current, with added facilities to accommodate business class passengers.

“Some of the value added items we are planning to offer are blankets for the comfort of passengers during the long journey, food on board, and others that are still in the inception stages,” he said.

He added that the business class prices would also include access to a special lounge planned in KL Sentral transport hub.

“In the exclusive lounge, refreshments and food would be made available to passengers, and also where the comfort items would be handed out,” he said after a ceremony where 38 KTMB staff received the Pride of Workmanship award from the Rotary Clubs in Malaysia.

The awards were presented to the recipients, who were labelled “Rail Heroes” in the event, by Transport Minister Datuk Seri Liow Tiong Lai at KL Sentral this morning.

Mohd Rani explained pricing rates are still being discussed and planned internally, adding that the final prices must be vetted by the Land Public Transport Commission (SPAD)

“We are under the supervision of SPAD, so the rates we suggest would have to be approved before being implemented,” he said.

Mohd Rani said KTMB plans to kick off the maiden journey of these new coaches for the Kuala Lumpur-Padang Besar route.

The new service would be added gradually to other popular routes such as Gemas-Padang Besar, KL-Ipoh, and KL-Butterworth.

“We are trying to install the WiFi service as soon as possible, and expect to implement it within the next two months.

“The new service would be free of charge for all passengers on all coaches,” he said without revealing the service providers the company selected for the implementation.