Kiband safety bracelet stops children wandering off, can only be removed with your phone

Kiband safety bracelet stops children wandering off, can only be removed with your phone 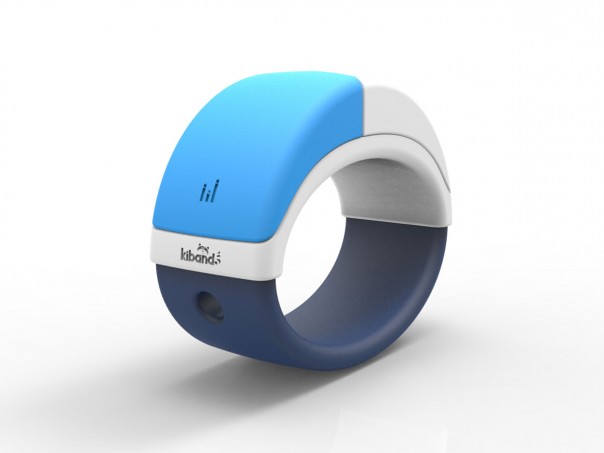 Safety conscience gadget-loving parents rejoice. In the not so distant future there’s a piece of kit that monitors your children’s movements for you. And it tells them off as well.

Meet the Kiband from KiLife Tech; a device due to be heading into production aiming to resolve a long-running issue, namely, children that walk too far from their parents.

Billed as a ‘child safety smartband’ the Kiband allows parents to create ‘custom safe perimeters’, ranging from 5ft to 200ft, and notifies both the child and the parent when said child leaves the… ‘safe zone’.

Connected to your smartphone via Bluetooth the Kiband will notify you when your child moves too far away, will itself vibrate when the child approaches the set perimeter (to tell them they are going too far) and sound an audible alarm should they exceed the perimeter. While a child with an alarm blarring from them might seem odd to other people who happen to be around, it does allow parents to locate their ever-wandering child in record time.

KiLife Tech also highlights the devices’ water alarm which sends an alert when the Kiband is submerged in water for a few seconds (currently patent-pending. It boasts that the app will be able to monitor 6 children on one device, and say that they are looking into incorporating GPS into their future models.

What makes Kiband different, however, is that it can only be unlocked via the Kiband app on the correct smartphone. Whilst this solves a constantly cited problem in safety-based wearable technology for children (that the device could fall off or be removed) it does effectively lock the child into the arrangement. It also means that losing your phone (which you may or may not do) becomes an even greater annoyance to you and those who have been forced to wear safety smartbands… by you.

Not yet available for pre-order, the Kiband is expected to launch sometime this year, following beta testing, and will initially be made for children aged 18 months to 7 years old in two colours: pink and blue.

If you want more information, or wish to sign up for pre-order alerts, visitKiband.