In recent years, the mobile industry is continuing evolve at an incredible pace. Tablet shipments are projected to grow 45 percent while PC shipments may decline 7.8 percent this year, the worst annual drop on record, the researcher said. The personal-computer makers are relying on a new power-sipping chip to restore demand to an ailing PC market reeling from consumers abandoning laptops for tablets. 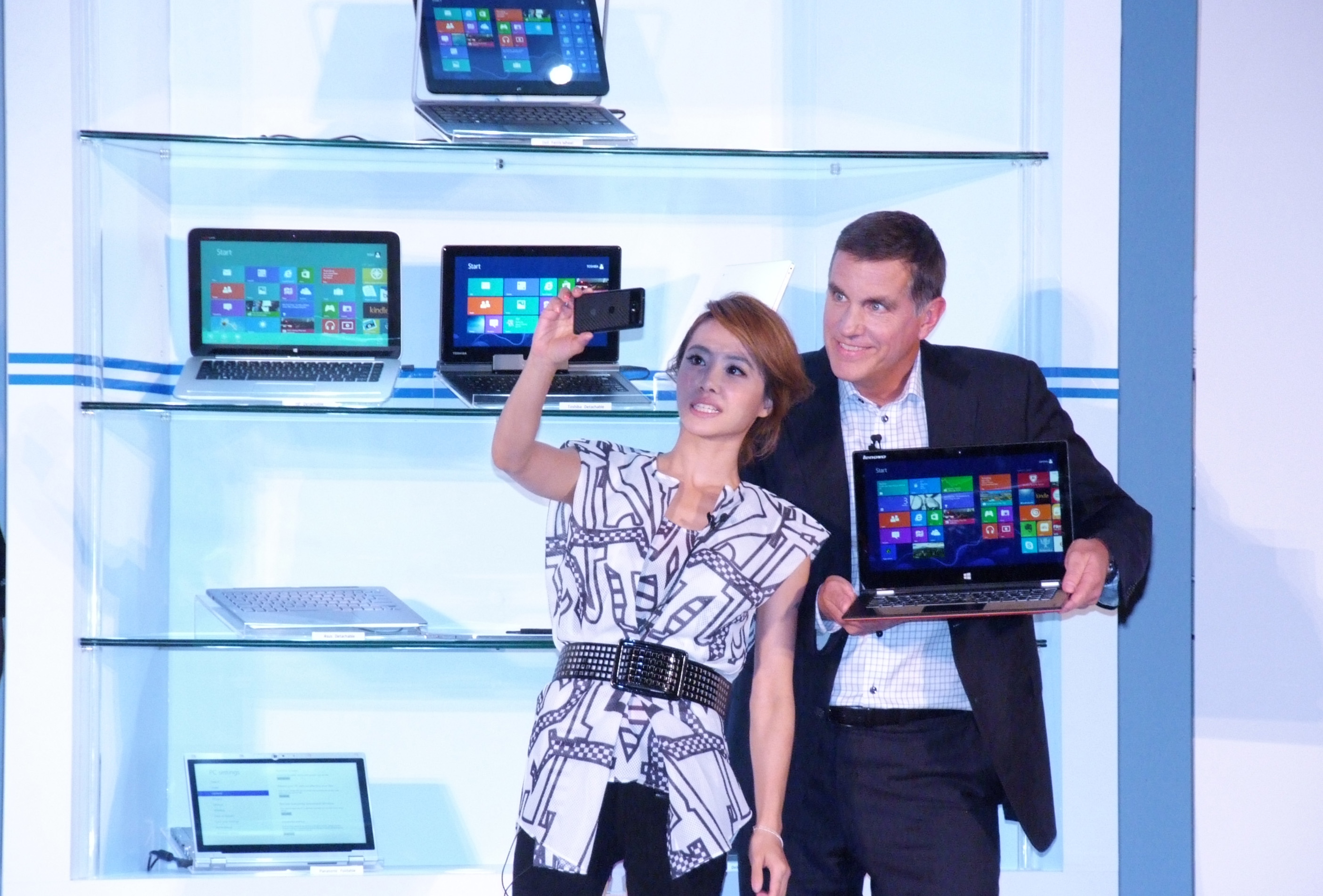 Jolin Tsai who made an appearance at Intel’s keynote event

Intel showed off its laptop chip called Haswell at Computex, one of the biggest annual computer events. Haswell is Intel’s latest attempt to move away from producing processors that suck as much electricity as small TVs to make chips that can let laptop users watch three movies on a single battery charge. The chip design delivers 50 percent more battery life than Intel’s previous model, enabling thinner, lighter notebooks and machines that convert to tablets.[more…]

As Intel enters a predicted second straight year without revenue growth, Chief Executive Officer Brian Krzanich is counting on Haswell and other energy-efficient processors in the pipeline to bolster laptop sales and win more business in tablets.

“For the first time there will be lower price points and new form factors that will help PCs,” said Tristan Gerra, an analyst at Robert W Baird & Co. in San Francisco. “In notebooks, Haswell is the first laptop chip that’s going to provide enough battery life.”

Haswell has a high demand in the market.  “We are all in on Haswell,” said Ron Coughlin, senior vice president for consumer PCs and solutions at Hewlett-Packard. “We know the convertible area can pick up some of the tablet demand.”  Acer Inc. used the processor in its Aspire 57 laptop, featured at Computex.