HP has officially announced its first laptop running Android in the form of the previously rumoured 14-inch SlateBook PC.

The black-and-yellow coloured machine features an Nvidia Tegra 4 processor, which can handle 4K playback a la the firm’s Android tablets, and 2GB of RAM. 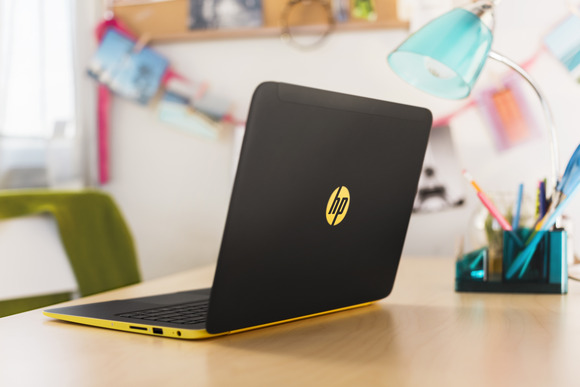 The Slatebook will run a forked version of Android with HP’s custom UI but will have full access to the Google Play store, with apps stretching across the full 14-inches without too much trouble.

The Slatebook will answer the growing demand for Android on laptops, according to HP, and will rival Google’s own range of Chromebooks, running the Chrome OS.

While the Chromebooks will perhaps offer a better web browsing experience, the Android powered laptops have access to a much wider range of apps at their disposal.