March 3, 2014 5:16 pm ByMitfAdmin InLG
Both Samsung and Sony has launched their latest flagship smartphones, Galaxy S5 and Xperia Z2 respectively at Mobile World Congress (MWC), while LG announced its LG G Pro 2  ahead of the event. How do these phones stack up against each other in the fierce competition? 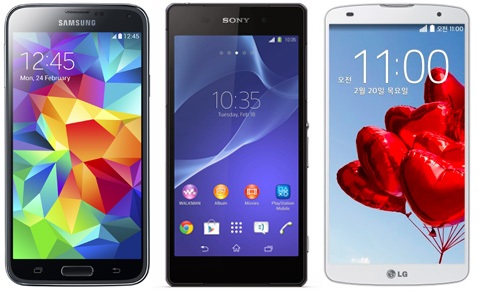