Fujifilm Corp developed an electroacoustic film that can be used as the diaphragm (vibrating plate) of a speaker and unveiled it at nano tech 2013, a trade show that runs from Jan 30 to Feb 1, 2013, in Tokyo. 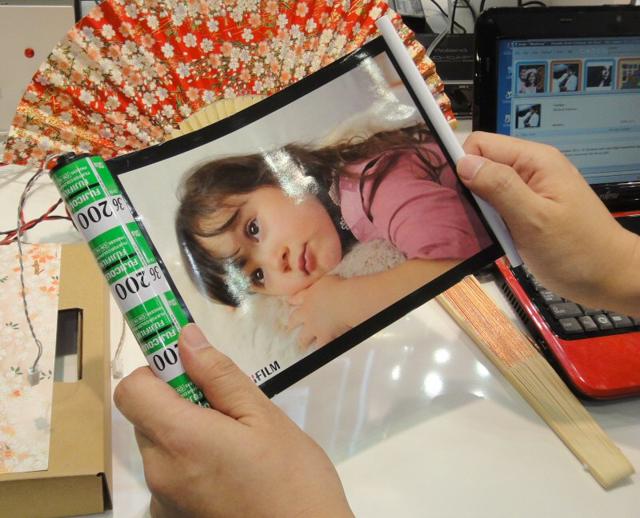 By using the diaphragm, which Fujifilm calls “Beat,” it becomes possible to realize a speaker that can be bent and folded. At the trade show, the company exhibited a slim speaker, retractable speaker and Japanese fan (sensu)-like speaker.[more…]

A soft material is required for a bendable diaphragm, however soft materials absorb vibration, thus it’s difficult to ensure a flexibility and high acoustic characteristics at the same time. Fujifilm overcame the difficulty by using a viscoelastic polymer that hardens in the audible range (20Hz to 20kHz) and softens in the range for bending it by hand (several hertz).

As the design is still in its concept development stage at the moment, thus there’s no information on its pricing or worldwide availability yet.