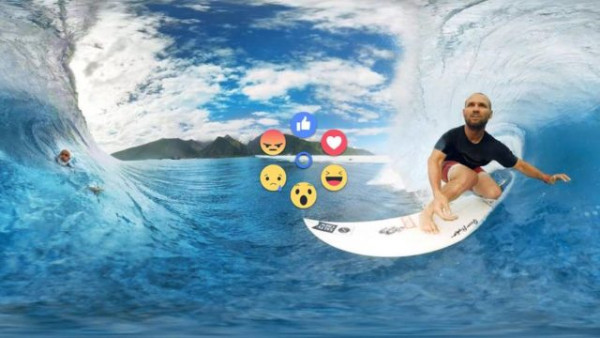 According to CNET, Facebook said that they will begin rolling out support for its Reactionemojis on Samsung’s VR headset first, allowing its users (i.e Samsung Galaxy S series smartphone users) the ability to add one of Facebook’s five emoji reactions to the VR video that they’re watching — such as “like” or “love” — to videos they’re watching, as well as see the reactions of other VR viewers.

At this stage, it’s uncertain whether or not Facebook’s endeavor with Samsung’s Gear VR will pay off, despite their commitment towards making the VR medium more accessible and social-media friendly. However, given the speed and adoption rate at which VR is currently going through, it definitely wouldn’t surprise us if Facebook would somehow enable users to do more than just leave a simple reaction with VR.