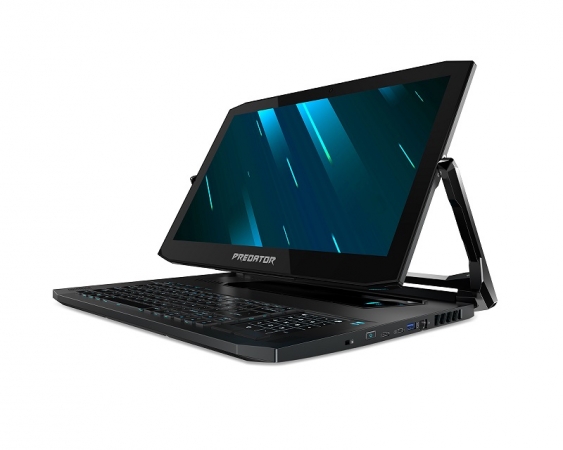 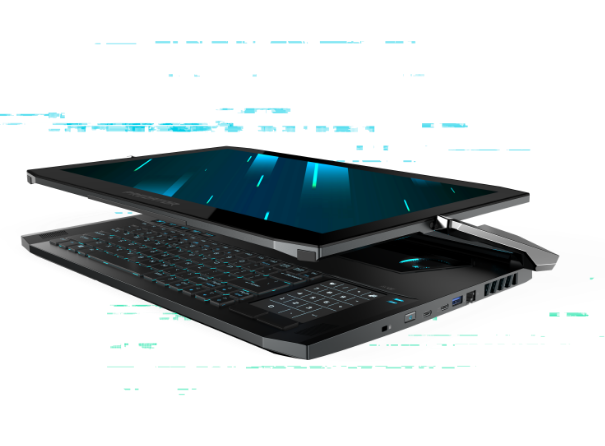 The Predator Triton 900 is a gaming notebook in an inventive form factor with innovative new design features. It features a CNC-machined Ezel Aero Hinge™ that flips, extends, or reclines the 17-inch display.

Featuring the new NVIDIA® GeForce RTX™ 2080 GPU and a 4K IPS display with NVIDIA G-SYNC™ technology, the Predator Triton 900 pulls no punches in bringing gamers a best-in-class gaming experience. With up to a six core high performance 8th Gen Intel® Core™ i7 processor, NVMe PCIe RAID 0 SSDs, and up to 32GB DDR4 memory, gamers can power up the most demanding games and expect smooth, tear-free gameplay. It comes with an Xbox wireless receiver that lets users play their favorite PC games on Windows 10 with an Xbox controller. To round out the package, it features audio by Waves. Waves Maxx™ delivers superior sound quality made immersive with Waves Nx™ with head tracking for a hyper-realistic 3D audio experience.

The Triton 900 also comes with support for Predator RGB Assault, an app for League of Legends gamers, which shows pre-defined keyboard lighting effects while champions cast their abilities. Users can customize lighting effects for each of the abilities of their champion.